Argonaut Therapeutics is assembling an international team of scientists and clinicians that strive to combat cancer through developing innovative and proprietary therapies. Argonaut Therapeutics has pioneered the development of inhibitors of protein arginine methyl-transferase (PRMT).

Arginine methylation is established to be an important type of protein modification. Historically, it was first described to influence gene expression, at different levels of control for example chromatin, RNA processing and splicing, and transcription. Today, it is regarded much more as a general modification which exerts control over diverse proteins and pathways. In human cells, the methylation event is catalysed by a family of protein arginine methyl transferases (PRMTs) with nine members; the type I PRMT enzymes catalyse asymmetric (asymR) methylation and include PRMT1, and the type II symmetric (symR) methylation and include PRMT5.

Argonaut’s most advanced product is a small molecule drug which inhibits PRMT5 and activates pathways which lead to cancer cell death. A companion diagnostic enables a precision medicine approach to treating patients. Argonaut has a number of preclinical programmes underway.

The University of Oxford is a collegiate research university located in Oxford, England, United Kingdom. While having no known date of foundation, there is evidence of teaching as far back as 1096, making it the oldest university in the English-speaking world and the world’s second-oldest surviving university.

Since the foundation in 1945, JW Pharmaceutical Corporation, based in Seoul, South Korea, has long been leading the hospital domestic market in pharmaceuticals, IV solutions, medical devices and diagnostics. JW is also reinforcing its global competitiveness through expanding CMO business with its world class high-tech manufacturing facilities. JW is focusing on innovative drug development through an internal R&D center along with JW CreaGene for cell therapy, JW Theriac in San Diego, USA and C&C Research Lab which is a joint venture company with Chugai Pharmaceutical Corporation. 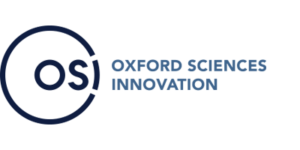 Oxford Sciences Innovation find the most innovative ideas coming out of the University of Oxford, and invest in them to build world-class companies.